Paul and the Yamanashi Crew playtested my latest revision of the Presidents of the Apocalypse.  It looks like the system may be serviceable but the presentation needs to be cleaned up.  I'm not so surprised by that, because I've been chipping away at writing/re-writing/editing it piecemeal.  Even though it's only a 16 page document, if I don't work on it for a few weeks then go back to it, it's easy to lose track of things.

Giving myself a hard deadline to get it into shape might help with that, but then this is just something I'm doing for fun.  I've got enough stress in my life without giving myself more.

Anyway, here's the email Paul sent after the game, and then follow up are some comments from players on a teacher's message board we use.

On the message board, JD wrote:


Good things include originality of abilities and enemies, a very large comedy aspect and ease of play.  Taking movement out of the equasion saves a lot of time.  The instructions need to be rewritten though, as there are several parts that are really vague and other parts that just don't add up, for example you're supposed to have 4 abilities at the start, not 5 right?  I'm also not 100% clear on the body/mind/tech attack system.  According to how we were playing, A body attack can only be blocked by a body defense, right?  But if that is the case, why is there that 0/+2/-2 section?  That makes it seem like you can block any of the three attack types with any defense.  I'm not sure.... anyway that really needs to be clarified.


The same thing as JD, I wasn't sure how defense worked. Can tech only block tech? Can tech block mind and body but at a penalty? Then why do some defense powers have B/M/T modifiers? My defense power was tech, but had a +2/0/+2 modifier, making me think I could use it against all attacks. The easiest way to fix this, is to give all defense powers a B/M/T modifier.

Here's my suggestion for a normal defense-power modifier. It's like rock, paper, scissors. Body attacks are strong against Tech defense, but Body defense is weak against Mind attacks, etc.

Also, some of the attack powers were labeled Weak or Strong vs. X. I wasn't sure how that affects rolls or damage. Adding a B/M/T modifier would help.

This may not make a lot of sense to anyone who has never read the game, but I thought putting it all here would make it easier for me to find it later.

Paul's off to India for a week, but when he gets back I'll try to get him to write up a session report.  I saw the adventure he was going to run them through, but I'm curious about what sorts of characters everyone made, and how they handled the various challenges in a bit more detail than Paul sent me in that email. 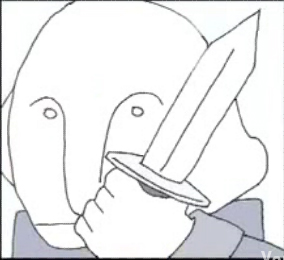 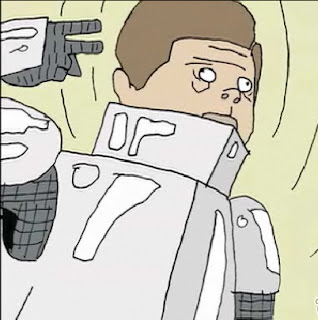 Posted by Dennis Laffey at 3:01 PM