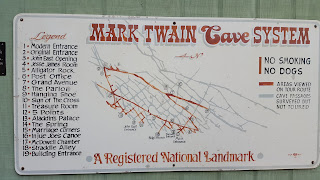 Money and Treasure in Chanbara

Historical Japanese coinage was a mess. There were different classes of bronze, silver and gold coins, not to mention imported Chinese coins, coins minted by the shogun, coins minted in provinces by individual daimyo... They had lots of types of coins. And the conversions between them were not set, so it was like a foreign currency exchange market in some ways. Add to that the fact that samurai salaries were paid in RICE, and it all becomes a big old non-game-able mess.

So for Chanbara, after flirting with the idea of including lots of historical coin types (which can lead to more interesting treasure troves), I've gone back to a simple system of zeni (bronze nickles)*, mon (silver dollars)*, and ryo (gold $50 bills)* plus the occasional kan/oban trade bar (silver/gold $1000 bill)*, because these last ones are used a lot in Japanese period TV shows like Abarenbo Shogun or Mito Komon.

With player-side economics sorted out, I came up with a brilliant idea two nights ago for how to do the treasure tables for monster treasure hoards. Before I share the brilliance, though, I'll explain a bit about the process that led me to it.

Originally, I had devised a system of "treasure by HD" sort of like how 3E does it. If the creature has X hit dice, it will roll for treasure on this table. But that wasn't satisfying because some creatures of X hit dice might not be treasure keeping types. So I then broke it down into columns of incidental treasure/personal treasure/group treasure or something like that, with greater value for creatures of X hit dice that would be likely to keep treasure for their tribe, and a few left-overs of whatever last got eaten for those that don't keep treasure.

Then, I scrapped all of the above, and tried to make a treasure table like the ones in D&D. You know, the big chart of various treasure types, and percentages that each type of coin would be there, and value ranges if it's present. Let me tell you, trying to make one of those is either going to be a bunch of random, or else you need to really over-analyze it (Gygax was an insurance underwriter, wasn't he? I'm guessing he over-analyzed). For copyright reasons, I didn't want to just copy what Gygax had done, or use Labyrinth Lord's rejiggering of it. I wanted my own. But I was stuck, because I wanted it to be useful and not unbalanced, so I didn't want it to be a big old pile of random numbers.

Anyway, the idea hit me the other night, like I mentioned above. Instead of one big old chart, I needed two charts.

The first chart is one that shows ranges of treasure value (in mon, it's the standard coin for the system), and each creature in the book has a treasure type to roll on on this chart. There's only one number, because this just determines the value of the treasure. A lazy GM might just leave it at that.
But the second chart then has some random breakdowns by coin type, listing percentages of the total value that are of this type. With this, it's possible you might roll up a dragon's hoard worth tens of thousands of mon, yet all the coins are zeni. Or it could be all rolled up in a diamond-encrusted royal scepter. Or a mix. Of course, GMs can ignore the second chart and break down treasure as they like, but I think it can add a bit of fun to have a random roll like this. Sometimes, the oddball result can be the most fun.

*vague impressions by yours truly as to how the coins in the game would be thought of as modern U.S. currency. 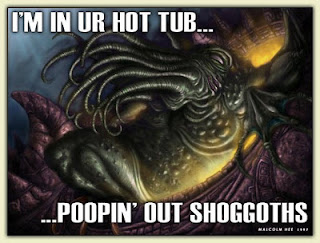 Last Sunday, early in the morning, maybe around 3 or 4am, my wife woke up and was fairly disturbed. It was raining fairly hard that night, but she could hear the sound of chanting coming from the mini park just in front of our apartment building.

Why would anyone be out in a little park, in the rain, at that time of night? My first thought was that they must have been drunk, figured the "stars were right" and were trying to summon Cthulhu or Hastur or Nyarlathotep. Them being drunk and unable to see the stars may have saved us all.

My wife, not having read Lovecraft, had the impression that they were summoning a demon or devil, like Satanists in some old 80's movie. Too bad she didn't wake me up to hear it. Instead she just closed the windows and went back to bed.

Either way, weird and potentially worthy of use as a hook in an RPG game some day.

I may not like what you have to say, but I'll defend your right to say it

So, I doubt there's anyone on the OSR blogs/G+ scene that hasn't heard about the DrivethruRPG/Onebookshelf happening. If you're one of the few who hasn't, someone made a module about a rape tournament and people went crazy over its existence.

Now, would I ever purchase something like that? No. It doesn't interest me, and could offend people I might play with to suggest such a game.

Am I likely to purchase something from that author/publisher again? Not if I remember they're the ones that put this thing out.

But do I think it should be banned from DTRPG? Of course not. I'm opposed to banning books in any way. If you want to read/play that sort of thing, it's no business of mine. And it in no way affects me one way or the other for someone else to actually purchase and enjoy the product.

Did I for a moment consider ending my involvement with DrivethruRPG as a customer/vendor (hey, buy my stuff, it's good and wholesome and I actually make attempts at gender/racial inclusivity!) because one disgusting product happens to be sold there? Never for a minute. Not for a second. The fact that I buy and sell stuff on this website is in no way whatsoever connected to the fact that that product is available for sale on the same website. I don't feel tainted by association.

Tim Brannon just posted a social contract on his Other Side blog. I agree to it, and you should too. It's an adult way to handle stuff like this, rather than the immature rush to ban books/publishers whose work is "icky" or "offensive" and the opening up of some sort of "guilty until proven innocent" report button.