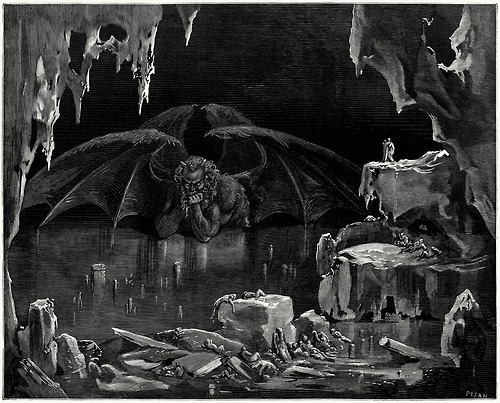 I finally figured out what to do with demons and devils in D&D Mine.  I've always been mildly disappointed with the handling of demons and devils in AD&D and onwards.  Gygax and various successors to the D&D property were always so keyed to alignment when discussing them, and the whole "Bloodwar" Planescape thing just further cemented in my mind that in (A)D&D, the fiends were just more bags of combat powers and XP with a bit of lower planar fluff.

I'd decided a little while back what to do with devils.  I'll create seven types (or maybe eight to have an over-devil), each keyed to one of the Seven Classical Vices.  I'll mine my various print and online sources to figure out what names, appearances, and powers each devil shall receive.  Devils are tempters of mortals.  Their domain is Sin.  They could care less about unintelligent creatures.  They exist to tempt humans, demi-humans, and other intelligent creatures to do bad things. 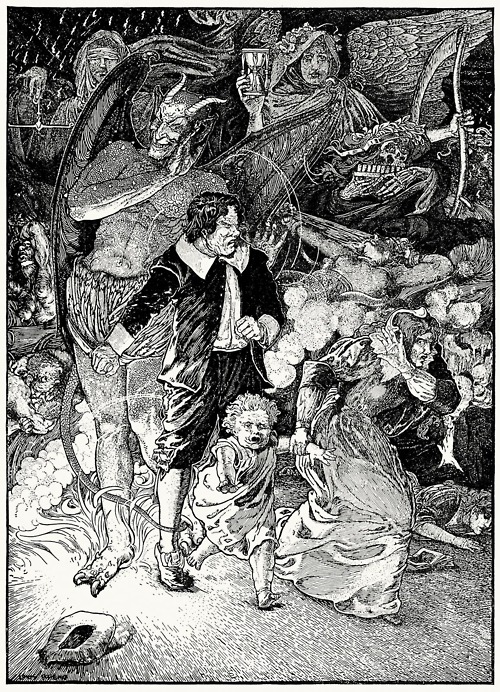 For demons, it finally struck me tonight.  Demons are forces of entropy.  Each demon type (not sure how many, and not sure whether they should all be stuck under one demon entry, or just listed by name in the general lists, as powers will likely vary quite a bit) will be about some sort of destructive force.  Rot, pestilence, decay, disease, dementia, discord, anarchy, etc.  They are the force trying to wind down the universe, break things apart.  As such, they would just as happily corrupt any living things (although a few with social/mental domains will of course focus on the humanoids). 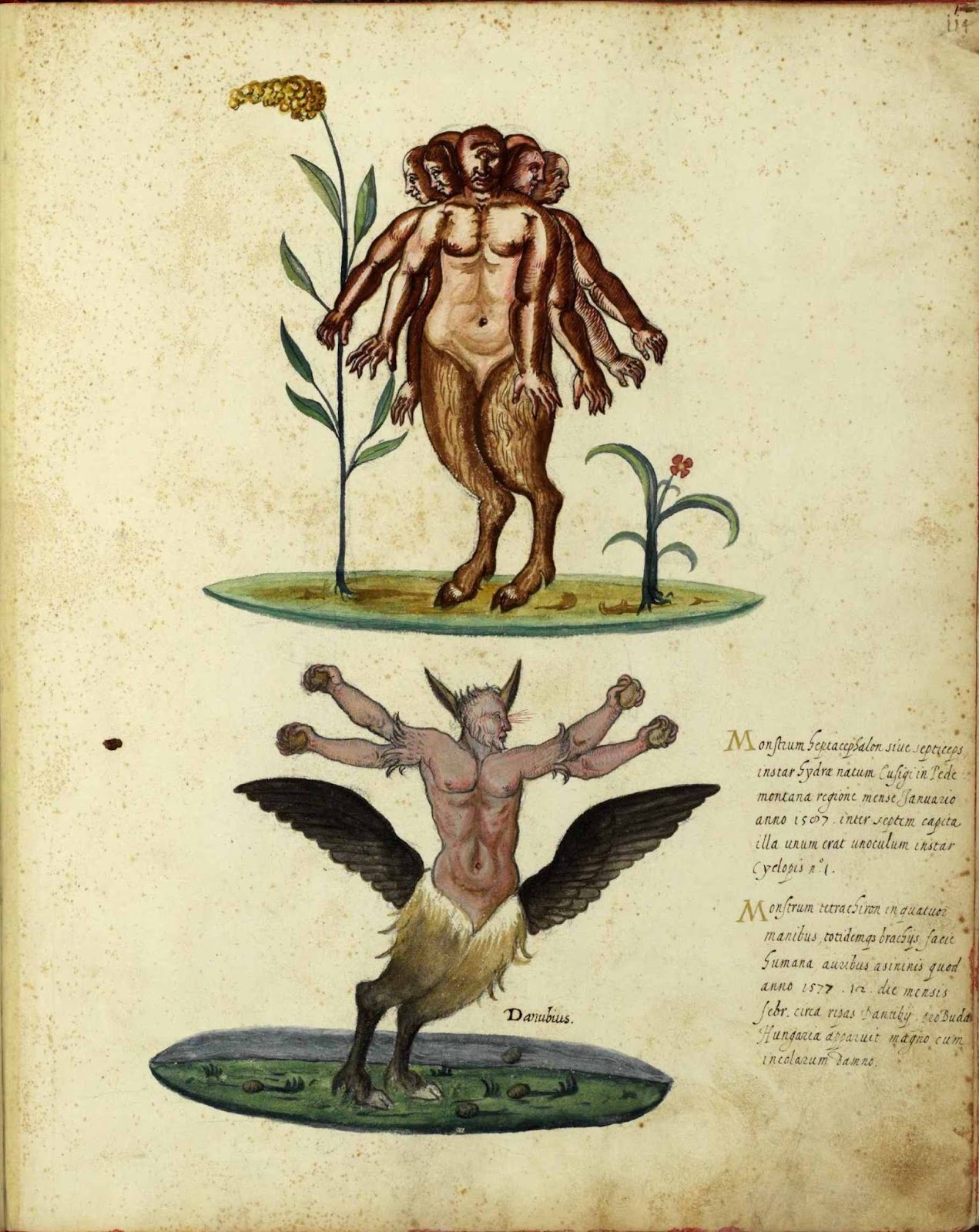 So, both types are Chaotic (I come from Classic D&D, so just Law-Neutrality-Chaos for alignments in my game), and both types would be considered "evil," but both have very different flavors.

I'll likely borrow some of the AD&D devils, demons or daemons as inspiration, but refluff them to match the above.