This one starts a bit longwinded, skip to the bolded text a few paragraphs down if you're just interested in the "what" not the "why" of my new plan for Chanbara. 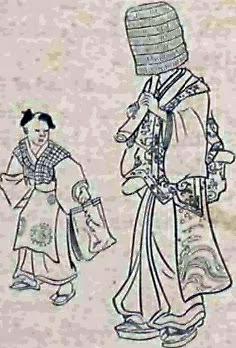 Only I'm considering revamping the whole thing.  Funny, since I think the rules are done.  I just need to finish fleshing out the campaign world section, edit/proofread, and then format it.  Well, play testing would be a good idea, too, but over the summer I just didn't have the will to get a game of it going.  Having to teach a pretty much entire new system to the players was daunting, along with trying to come up with an interesting scenario for them to play through that would allow me to test the important rules (combat, how magic works, and the skill/stunt system).

Anyway, that failure, along with my current gaming situation, has got me thinking.  I'm currently running a slightly house ruled version of BX/BECMI D&D in the Megadungeon.  Vaults of Ur is a house ruled Labyrinth Lord/Stars Without Number mashup.  And I'm happy with those games.  They're familiar; comfortable.

And I like that comfort.  I think, despite coming up with the rules myself and being happy with them, that the Chanbara stuff just isn't in my comfort zone for running games.  Odd, isn't it?

Redo the Chanbara and Flying Swordsmen classes for Labyrinth Lord.  Get rid of the fancy schmancy Chainmail inspired magic system.  Stick with good old fashioned Vancian.  Skip the smorgasbord of special abilities (Maneuvers/Tricks/Secrets) and just assign each class certain special abilities as they level up.

12 Classes, each under the Cleric, Fighter, Magic-User or Thief heading (so basically variants of each main LL class).

Combine monsters from both FS and Chanbara, simplified to LL standards.

Add in some higher level spells.

Hopefully this would be something roughly compatible with baseline LL or LL/AEC, or playable on its own.  Meaning I'll probably borrow a lot of "running the game" stuff from LL, and make sure all the options like PC hit dice have toned down options for straight LL, or slightly souped up versions for stand-alone or AEC play.

So instead of its own game, it'll be my version of OA for LL.

Good idea? Bad?  Who knows.  But I'm thinking it will be something I can actually get motivated to run, and get players to try out.