Rethinking how I want to handle XP, stables of characters, and loss from energy drain in my Megadungeon campaign, and maybe other games in the future as well. 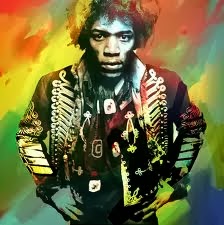 First off, I don't want to change the whole way XP is handled in D&D.  I like getting and awarding some XP for monsters defeated and some for treasure acquired.  I've been using the OD&D 100xp per HD for monsters so far, but I am considering going back to BECMI standards for that to encourage more clever approaches to monster encounters.

I originally tried out the 100xp per HD as a way to speed up advancement, since we're all adults, we don't play as often as we used to, and stuff like that.  But it did have the unwanted consequence (to me anyway) that players can benefit a lot just by monster hunting.  I know lots of DMs that complain about the ridiculous amounts of loot PCs get in standard D&D play, but I actually want to encourage that!  I like the whole "build a castle and carve out a dominion" end-game of D&D, and for that PCs need ridiculous amounts of gold and jewels wrested from the bloody remains of eldritch horrors (or stolen when said horrors were looking the other way).

The main thing I'm thinking of modifying, though, is how players deal with their XP.  My idea is to create an XP Bank for each player in the campaign.  If a character dies or gets level drained*, the lost XP goes into the bank.  When they create a new character, they can withdraw as much of the XP as they want from the bank to create a new PC.  So players will never lose earned XP.

I also want to codify how we deal with alternate/backup PCs, FLAILSNAILS PCs dropping in from other realms, and the like.  Right now I don't really have any hard and fast rules for this.

What I will propose is that in the campaign a player can have up to 5 active PCs.  This can include FLAILSNAILS characters from other games.  When a PC in the stable gains XP, one third of the amount is awarded to each alternate.

In addition, when a player draws a picture, writes up a session report, or something similar, we've been giving 100xp bonuses.  This will go to the PC that participated in the session related to the work.  If the player desires, they can deduct 100xp from the bank for any alternate PCs at this time.  This is the only way a character that has more than 0XP can benefit from the Bank.  Otherwise, Banked XP can only go to new, unplayed, replacement characters.

*My current house rule on Energy Drain is that a drained character loses attack bonuses and saving throws (if they drop below one of the threshold levels), spell casting, and Thief Skills, Turn Undead, or whatever.  HOWEVER, they keep their hit point total, and as they regain levels, they don't roll for new HP until they exceed their old level.  So if your 8th level PC gets hit by a Vampire, they lose XP and act as a 6th level character but with the hit points of an 8th level character.  They don't gain hit points upon regaining 7th and 8th levels but do gain hit points again at 9th level.

And with the new rules, that XP will go to the Bank, meaning a new character can be made using that XP to avoid endless low level play.