Last night, I finally got off my butt (it only took a 4 day weekend to do it) and ran a game of Retro Phaze, the free OSR game designed to emulate early computer/console RPGs of the 80's.

I have a dungeon inspired by the dungeons in the Wizardry games.  A big square with lots of twisty hallways and every bit of space filled.  As per the Retro Phaze rules, a few areas have set encounters (bosses, if you will), while most of the map is empty and relies on random encounters.  Which almost made for some oddities when the players were actually scouting and listening at doors and such like in standard D&D...almost.  Somehow, I managed to cover it fairly well. 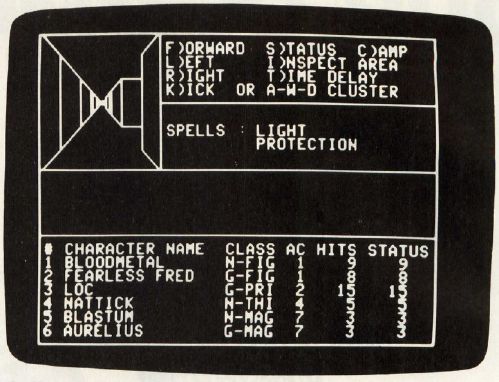 Game play is dead simple.  Everything hinges on one of four mechanics - a 2d6 roll with modifiers vs. target number (roll high, used for attack rolls and saves), roll 1d6 (roll low, as in X in 6 chance, used for skill/ability checks), and either roll X keep Y (as in roll 4d6, keep the best 3), or roll X lose Y (as in roll 2d6, lose the highest roll).  The first is a good thing when rolling damage, attacks, or resistance (saving throws).  The second is good when rolling skill checks, bad for just about everything else.

I had quite a few random charts prepared, one of which I completely forgot to use (random item drops after defeating monsters).  Also monsters based on ones from various games, instead of the stock d20 SRD type list in the rules.  Even without all that extra prep, the game probably would have gone well.  At minimum you need a map of an area, one or two planned encounters/treasures as goals to pursue, and a random encounter chart for the area.

Character generation is also fairly simple.  Definitely a plus.  We ended up with a group of an Elf Fighter, Elf Rogue, Human Wizard and Hob Wizard.  All but the Elf Rogue (Jeremy) were from a set of pre-gens I worked up. 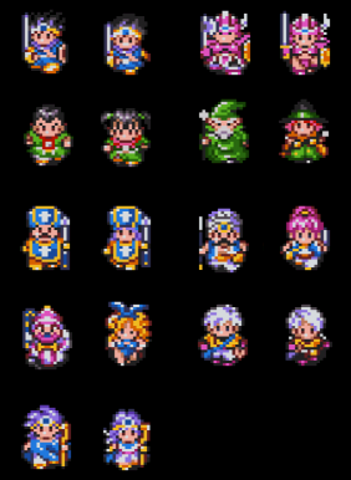 My one complaint is that for actual play, the rule book is not organized especially well.  Necessary charts are scattered throughout the book, and not always where you might think to look for them.  An appendix with all the charts reproduced (like I did with Flying Swordsmen, although I did miss one or two) would be nice.  I guess I'll have to make something like that by myself before I run the game again.

And I will run this game again.  Dean, Jeremy, Alexei and Justin were my players, and they all seemed to have fun.  Now, the question is, do I continue with the Wizardry dungeon, or work on that Castlevania game?

Posted by Dennis Laffey at 9:47 PM