Well, what do you know?

First of all, people are downloading my paper minis!  Thanks!  Not a lot of people yet, but hey, I wasn't expecting the PC types to be the big seller. People like to have nicely painted models of their characters, if they're going to be using minis on the table.

But the first of (hopefully) many monster books is on the way. And every DM who uses minis could always use a few more monsters.

How many times have you had to substitute some other critter for a carrion crawler because you just didn't have one? Or only had one but there are three in the encounter? Well, my fold-up paper minis should offer a cost-effective alternative.

Of course, my big problem is I suck at sales/promotion. I've worked retail, which is fine. Customers come to me, I provide them with what they like. Of course, the pay was crap. I tried working for commission once. Didn't last long. I just don't feel comfortable pestering people to buy something that they probably don't want to buy, actually. I tend to resist hard sales techniques when people try them on me. I'm a nice guy, and nice guys (at least in sales) finish last. 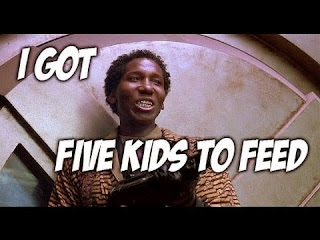 OK, only two. But still. If they end up deciding to go to college in the States, I shudder to think what tuition will be 20 years from now.

So, I'll promote these items I've got for sale as best I can. I guess if people get sick of it, they can either buy the stuff already so I'll stop blabbering about it, or else stop reading my blog and uncircle me on G+.

Anyway, a preview of the monster book. This first one has 37 figures, covering the first third of the Mentzer Basic monster list.  That's everything from Giant Ant to Elf (normal and leader), yes including all six chromatic dragons and that carrion crawler (although I'm only calling it a "crawler" since WotC didn't include it in the SRD).


As with the characters in my first offering, these will have silhouette backs with labels.  Like so: 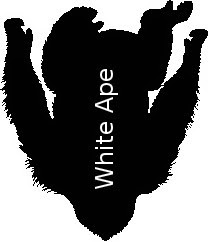 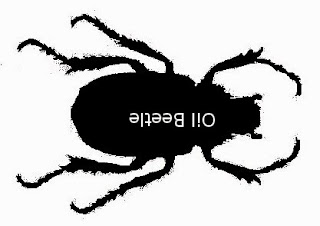 Alright, enough promotion for now. If you're still reading this, I found something else cool this afternoon.  I was on RPOL.net, and cleared out a game that had died from my list. I started looking for a replacement. And I found someone running a game of Flying Swordsmen!

Of course, I sent a Request to Join, and since my handle on RPOL is still Lord Gwydion, I bet the GM will put two and two together and figure out it's me asking to play in my own creation. That could be off-putting for some, I suppose. But I gotta ask.

Unfortunately, the game has been dormant since February of this year. But maybe someone's still around. It would be cool to get a chance to try playing it, especially as I move toward revising/revamping the game.