Mentzer Basic Cover to Cover: The World of D&D Gaming

This is the final installment of the series for the Players' Manual.  I'm just squeaking by on my promise to myself to finish this part of the Cover to Cover project this year.  Two days left.  Well, this final semester was a bear with the strength of ten bears.  Glad it's over and I've got a break before the dissertation process commences.  It'll give me time to get well into the Dungeon Master's Rulebook.  And not to get too ambitious, but maybe I can finish that up faster than the Players' Manual and move on to the Expert Set in 2015.  We'll see.

On with the review!

The World of D&D Gaming!

Catchy title for the section, isn't it?  What do we have here?  Basically Mentzer marketing just about everything from TSR related to D&D, but be careful not to get the more complex and detailed AD&D stuff for this original D&D game...except for the miniatures and official D&D paints!

Yes folks, you heard it here.  TSR had their own official paints for painting their own official miniatures for the official original D&D game.  No wonder my generation and later gamers are often stuck on the idea of "official" products handed down from the almighty game company!  "Why should we do any more of your imagining for you?" became "The other game systems do not use the same characters and monsters."

Alright, it's not all negative.  The first section provides some useful information to new players on how to find groups to play with.  Of course, there's the mandatory plug for the RPGA.  But there's also advice to ask around at school, the local library, or the local hobby shop.

Also, the next section talks about the Expert, Companion and Master sets.  Boy, did that get my imagination pumping for the stuff contained in these sets!  It's been 30 years (and I should have done a "30 years of gaming" post on my birthday two and a half weeks ago...maybe I'll get around to it tomorrow) but I can still remember how the game opened my mind to the possibilities, and the hints of things to come made me hungry for more.

In addition to the sets, the modules for the various sets and AD&D are explained in brief.  We also get sections explaining about other (official!) play aids such as character sheets, more dice, the above mentioned miniatures and paints, and of course the big-boy-pants AD&D game, which this is NOT.

Of these other things, I really wanted miniatures.  I sometimes got TSR's "Mail Order Hobby Shop" catalog, and loved looking at the pictures and reading the descriptions of the figures, making wish lists of which ones might be good for my characters.  It wasn't until I was in Japan in the early 2000's, with 3E fresh and new, that I finally started my minis collection.

From Alignment to Turn (undead), we get two full columns of basic game terminology explained.  There are exactly 50 headwords in the glossary, and cover game mechanics and concepts.  While none of the definitions appear especially noteworthy on their own, I may keep this section in mind in the future when debating minutia with others.  There are some simple breakdowns of some game concepts that get over-analyzed (like alignment: The behavior of monsters and characters).

The final page of the book is a full-page ad for the B series modules B1 through B5 plus M1 (solo adventure), Geomorphs, Character sheets, and the Monster and Treasure Assortment.  The page gives some brief descriptions of the modules.  B1 and B2 are just marketed as helpful for beginning DMs, while the other modules give a taste of the adventure contained within.  I find the latter to be better marketing, personally. 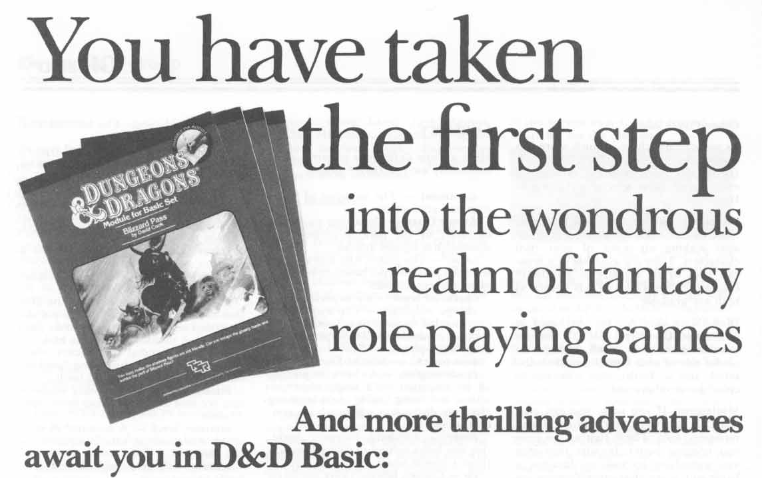 On the inside back cover, there are more ads for TSR stuff: 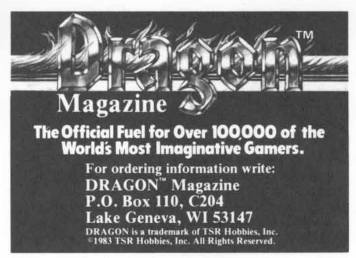 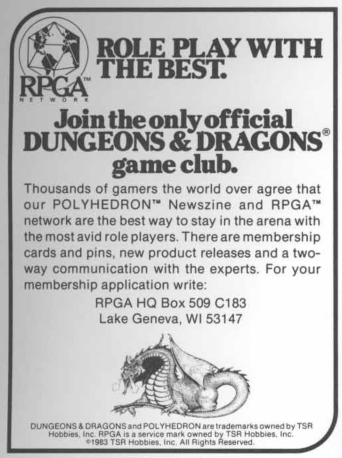 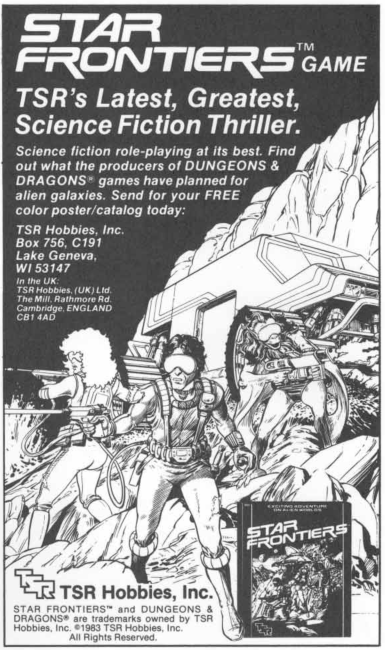 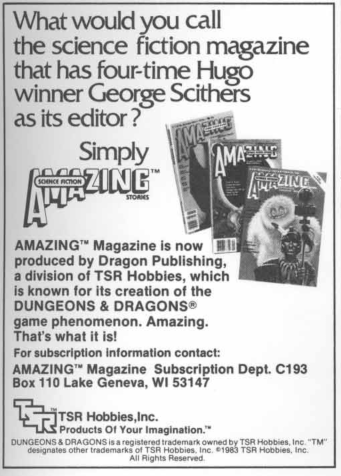 And of course, on the back cover there is a photocopy-able character sheet.

That sheet is responsible for one of the biggest mistakes we made as novice players.  Because the "to hit" numbers are printed on the page, even after we got the Expert set, we still continued to use those numbers to hit opponents.  Of course, it was only fair that we also used those numbers for monsters.  This made our Fighters, Clerics and Demi-Humans quite durable as most had plate and shield.  But even our Thieves were fairly sturdy in combat due to leather and Dex bonus.  We had plenty of PCs die in those games, but many many more surely would have if we'd used the attack matrices properly.

And there it is, folks.  The end of Part One of this series, on the Mentzer edited Red Box Basic Set's Players' Manual, cover to cover.