I've been reading a lot today about people...well, not just normal people really, Star Wars fanboys...offended by the idea of a black stormtrooper. If you've got problems with a black stormtrooper (to misquote Jeff Foxworthy), you may be a racist.

If somehow you've actually got quibbles about the actor's performance in the five to ten seconds we see him, rather than the color of his skin, then maybe you're not a racist.  You may want to withhold judgment until you see more of his acting, though.

On the other hand, the soccer ball droid looks ridiculous.  Feel free to bash on that. 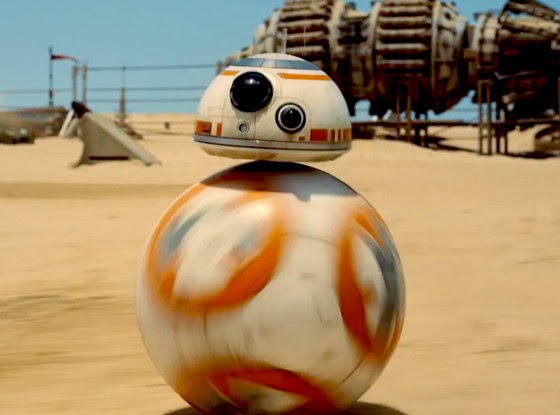