Not all orcs are created equal

So, most of the people who read this blog probably also read certain other blogs in which over the past week or so there has been a big debate about whether Darwinian "survival of the fittest" as it's commonly misunderstood should apply to fantasy world orcs due to the laws of probability and statistical analysis.

The math has been covered several times by several blogs, and I'm not going to repeat it here.  Suffice to say that those orcs with more hit points are more likely to survive multiple rounds of combat than those with low hit points.

There will be (as I mentioned in comments on another blog) young orcs out on their first raid, wimps and shirkers finally forced to fight, not to mention the fact that some orcs you meet may have already taken a wound (assuming they are so bloodthirsty and battle-hungry) or may just be exhausted or sick or simply have fortune not smiling upon them that day.  Which if you go by Gygax's words in the AD&D DMG, are all perfectly fine ways of explaining why an orc has only 1 or 2 hit points (if it ever really needs explaining).

Now, we all know that Alexis, who started this, loves to track all sorts of things behind the screen that happen in his game world.  And trying to figure out logical consequences of actions as they would apply to his game world is his thing.  That's fine.  Nothing wrong with that.  But I know in my games, and I assume many others, I'm not tracking orc populations in the world.  All monsters exist in a Shroedinger's dungeon until encountered by the PCs.  So I see no need to try and explain why some orcs have only a few hit points and some have more.

I think the real meat of the issue, though, is not the number crunching.  It's your conception of what an orc actually is.  OD&D through 2E drew on Tolkien (the primary source for the orc in D&D), in which most orcs are small, weak, cowardly, and devious. 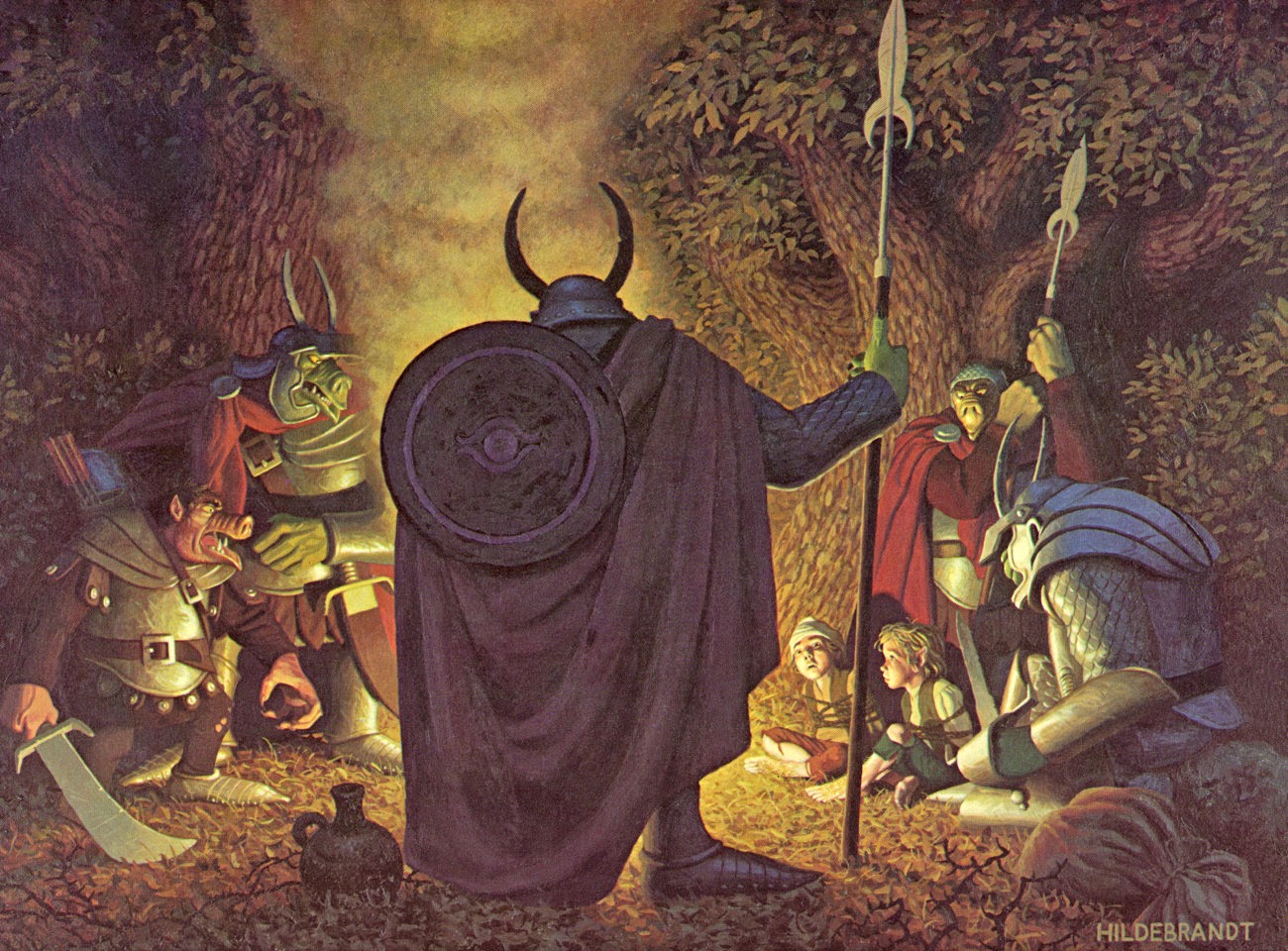 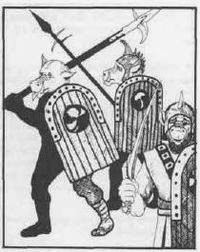 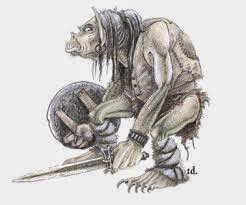 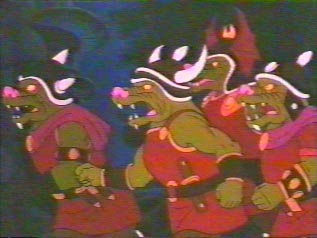 Most of the above orcs will fight, but they don't look like they're necessarily much stronger or tougher than humans, do they?   Some are, but not all of them or even most of them. 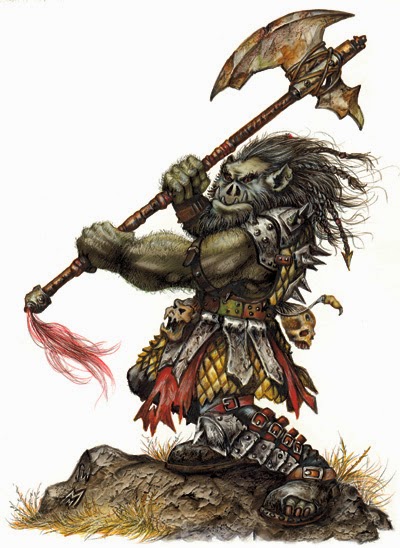 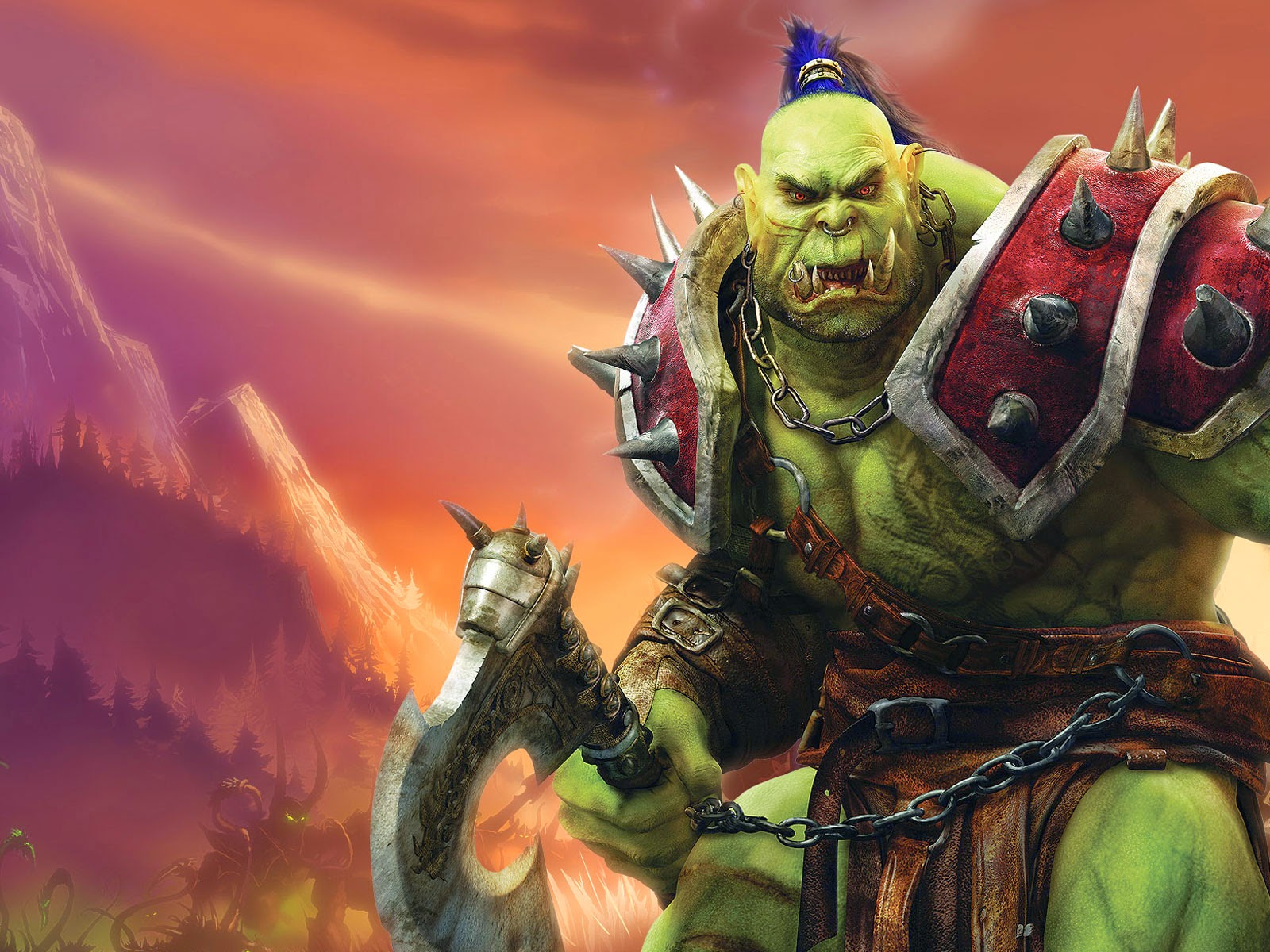 These guys, however, look like they've had the weaklings weeded out of their numbers.

So, what's your conception of an orc?  Is it of a hulking GW/Blizzard/WotC D&D (but not MTG) orc?  Then by all means, go along with Alexis and make sure most of them have above average hit points.

If you think they're more along the lines described by Tolkien and most older editions of D&D, then go ahead and let them have that flat 1 to 8 hit point distribution.

But please, even if you're Alexis, please don't try and track individual hit points of orc populations within your made up world.  I don't think that there's much fun to be had by that.  Orc activities, migrations and raids, sure.  Track those things. Those can make the game awesome.

Posted by Dennis Laffey at 9:30 PM