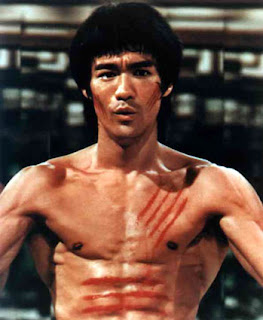 Last night, I tried to get a game going to try out the D&D Next playtest stuff.  Didn't happen.  Josh, Pat and Alex had all expressed interest, but were busy playing Axis and Allies.  A few of the other Busan Gamers were busy, so couldn't play.  It was just me, Jeremy and Dean.  I put out a call on G+ to see if anyone's interested, but since I'm not a big G+ user, I didnt' attract any players.  Or maybe it's just that D&D Next didn't attract anyone.  Maybe there's the feedback for WotC.  Put out a random call of "Wanna play some D&D Next?" and get no responses.

Anyway, with just the three of us, and Jeremy beat from the previous night's excursion, we switched gears and they ran their Vaults of Ur PCs in my Megadungeon.  It went alright.  Elder Karl and Ripper awoke in the town of Silverwood, and quickly learned of the existence of the dungeon, and several rumors about things therein.  They hired a pair of spearmen, Geisler and Kessel, bought them crossbows as well, then set out for the ruins.

In the above ground castle ruins, they explored a dangerously ruined and empty tower, then worked their way along the curtain wall to anther tower in better shape, where they found an unguarded treasure chest full of silver coins.  While hauling it down the tower with ropes (the tower had a ladder, not steps), a trio of Elves came and just watched them at work.  When they finally got the chest down, the Elven spokesman asked rather abruptly if he could search the contents of the box.  After a bit of skeptical questioning from our heroes, the Elf explained that he and his companions were searching for an heirloom gem of their lord's, stolen by Hobgoblins.*  They were allowed to search the box, didn't find their gem, and left.

The party took their loot back to town, bought jewelry to carry the treasure more easily, had lunch, then headed back to the ruins.

The explorers next decided to head down the main entrance to the dungeons.  The first room was full of broken gear, spoiled rations, and other detritus left by previous explorers, and there was plenty of graffiti on the walls.  Ripper decided to write up his exploits in Ur, while Elder Karl and his spearman went to investigate the north door.  They found a large hallway, and a little ways up encountered a zombie mule.  Karl quickly turned it, then heard the saddlebags jingling as it ran away.  The whole party gave chase.

They found the mule being skewered by some strange quadrupedal, two headed shapes at the edge of their light.  Ripper yelled out an insulting challenge, and the shapes charged.  Kobolds riding goats, and armed with lances.  Their initial charge and the heroes' defense resulted in 0 hits for double damage (a shame).  Four of the kobolds, and one of the goats shield bashed by Ripper, soon went down, with the last kobold captured.  The party was able to recover the zombie mule's loot, and was retracing their steps when they heard iron-shod boots approaching, and in greater numbers than their party.  They made a run for the exit, assuming they were approaching hobgoblins, and went back to town.

It was a fun little session, and it's got me wanting to run my dungeon more.


*The gem was actually found by Jeremy and Brian's other characters when I ran my megadungeon for them a while back.  Those Elves will be pissed when they find out...

Posted by Dennis Laffey at 9:42 PM