After some discussions with two of my professors, I think I'm on the path to my dissertation finally.  There may actually be a Ph.D eventually for me, which will make the past two years' effort (four years if you count the Masters work as well) more satisfying.  As it is, I'm not gaming much due to my academics.

However, after meeting with my adviser today, I had some time to kill and started jotting down some notes for a Gamma World campaign. 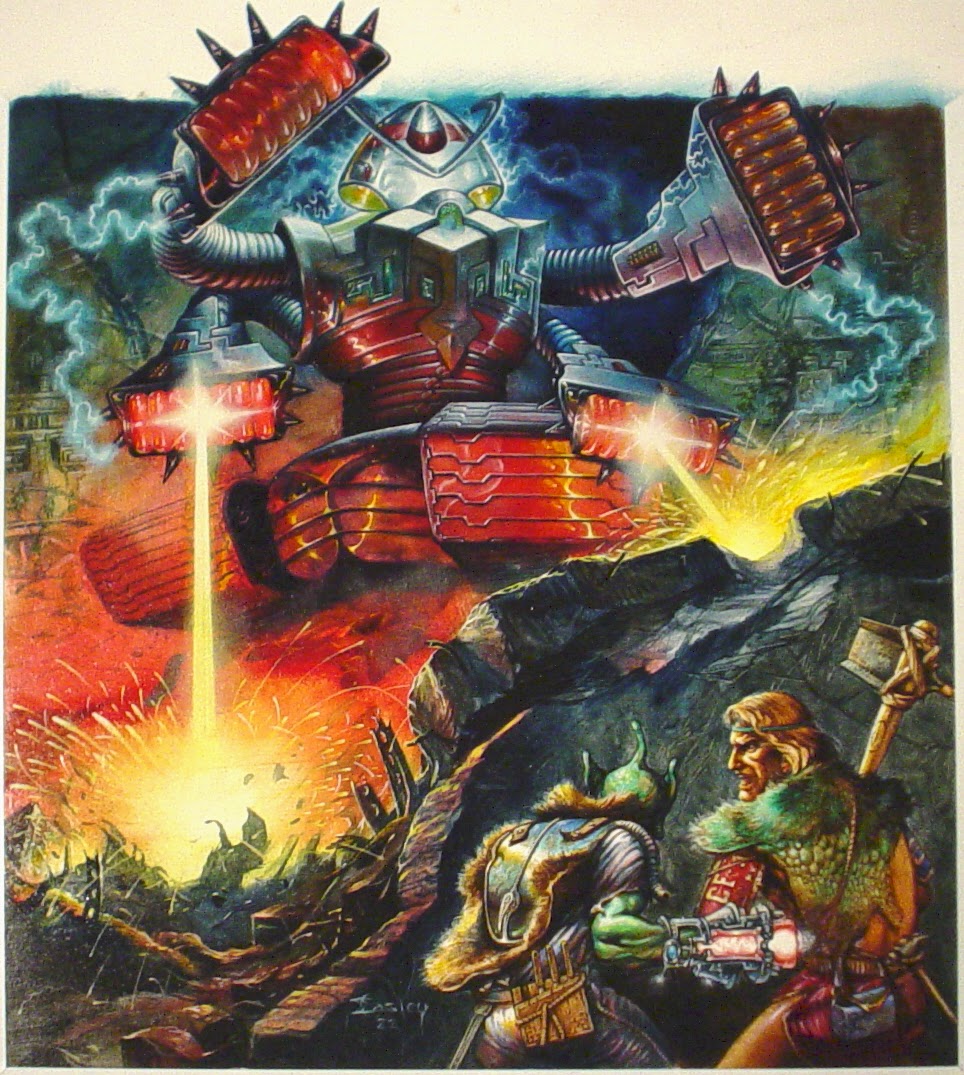 My first introduction to GW was through the Endless Quest book Light on Quest's Mountain.  I was aware of Mad Max and some other post-apoc stuff, but Thundarr the Barbarian was the show that really made me want to run a game.  When I picked up the '91 Fourth Edition of GW, I was sort of surprised that the assumed culture of the PCs was a Renaissance tech level in those rules.  Of course, flintlock and matchlock weapons are fun, as are random mutations, so I just went with it.  But the semi-Stone Age village in Light on Quest's Mountain, and the "barbarian" aspects of Thundarr have always left me wanting something a bit more savage from Gamma World.

Anyway, the setting notes I jotted down would be more LoQM/Thundarr.  It would be a sandbox game.  The map would draw inspiration from LoQM.  There would be a variety of terrain types, with some "clean", some "dirty", and some "wastelands."  The starting village would be in the center, in a "dirty" area to encourage adventure.  Sprinkled around the wilderness would be other settlements, ruins, and strongholds of Sorcerers (a la Thundarr).  In a way, it sounds like bog standard D&D sandbox, just with mutants and leftover tech instead of magic items.  Well, so be it.

If I ever get to run this, I'll work in lots of rumors.  Some of the ruins will be known (as will some lairs of creatures or robots), some will be rumored.  Others will be unknown at first, but clues to their existence will be scattered around the lands.  Or if the PCs just manage to wander in the right direction, they may find them by chance.

I'm enamored of the idea of the PCs starting out at a semi-Stone Age tech level and working their way up to the high tech stuff while their home base is still neolithic.

Maybe in a year or two, after the dissertation...