29 What OSR product have you enjoyed most? Explain why. 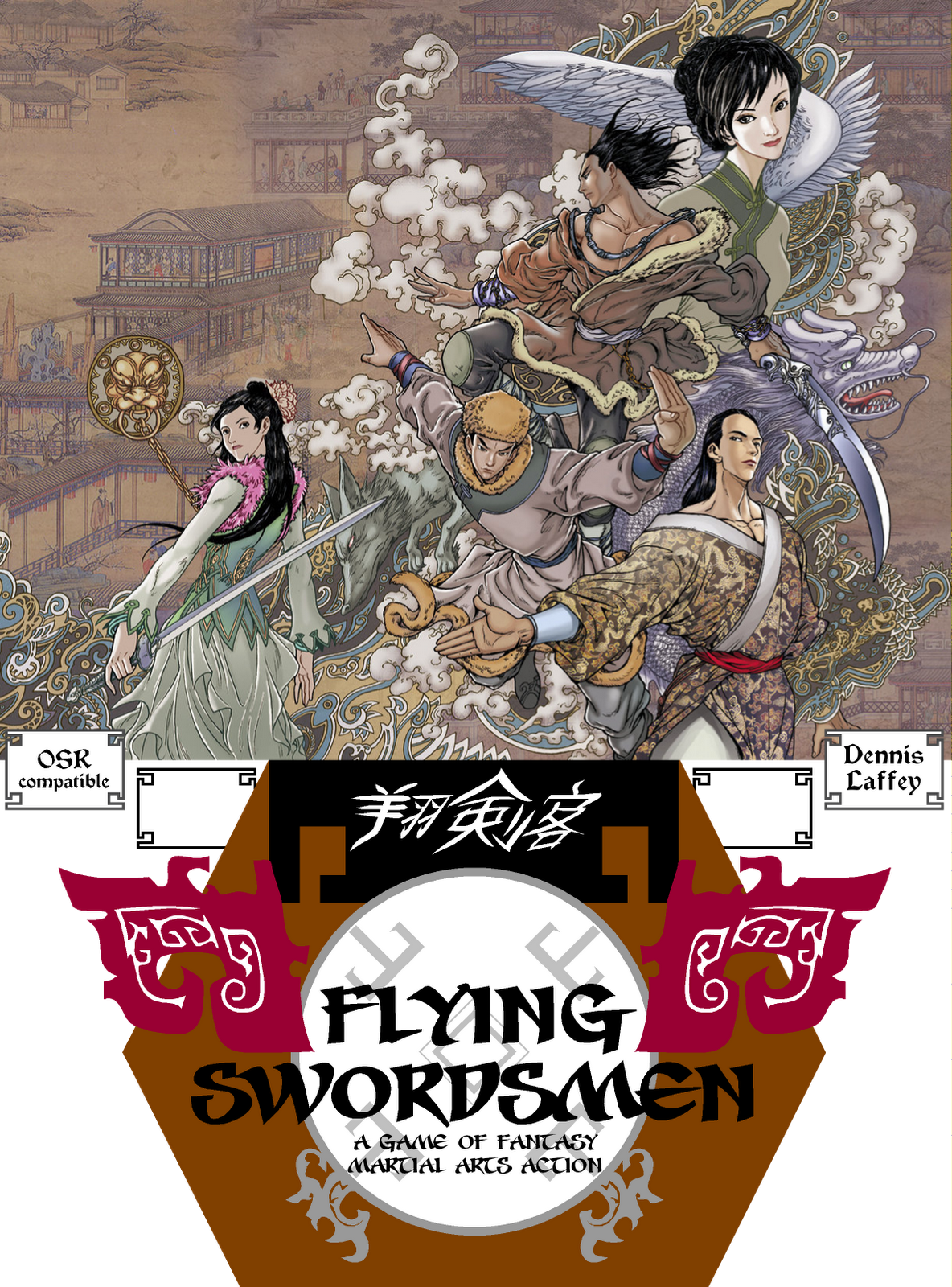 What, I can't use this month long blog-a-rama to promote my own game? Well, I'm gonna, because creating FSRPG was a ton of fun for me. Playing it, on the few instances where I have played it, was also really fun. I just wish I had more time to run games, or better yet, someone else actually wanted to run Flying Swordsmen and I could be a player!

That's right, I, like many other DIY designers, created the game I want to play. One of the reasons I enjoyed creating it so much.

Back when I started working on it, I had a lot of notes left over from my run at a d20 Oriental Adventures game campaign world. That work became the foundation of the Zhongyang Dalu setting (the map is different, the non-human races have been removed, Japanese/Korean/Vietnamese/Indian/Thai cultural elements have been removed or marginalized, but a lot of the provinces are more or less as they were.

Lots of folks were working on retro-clones. Basic Fantasy and OSRIC and Labyrinth Lord were all popular. Dragon Fist had a small but dedicated fan base clustered on the Green Ronin message boards, for the most part, yet none of them were talking about doing a retro-clone of this quirky little wuxia freebie.

So I decided to do it myself. Glad I did, and hopefully Chanbara will get just as much praise as Flying Swordsmen has.

Posted by Dennis Laffey at 7:29 AM