Man, it's a week before Halloween, and I haven't done ANYTHING for it, except working on my son's costume.  But we may not have a party to take him to this year.  One of the crappy parts of living in Busan is that Koreans don't celebrate Halloween.  Another is that they don't drink root beer, but that's another post for another day.

Instead of working on ideas for a Castlevania themed Retro Phaze game (something I do plan to do eventually), between researching a paper I'm thinking about that Gamma World game I posted about last time.

I finished up a map this morning using GIMP, but I won't post it here yet.  Too many of my potential players read the blog and I want the map to be a mystery.  When I get a players' map done, I'll post that.

I'm also thinking about the sorts of dangers and opponents that players may face.  Of course, GW (and Mutant Future, which I will probably use actually) have plenty of mutant beasts and robots to throw at players.  And it's not too hard to reskin D&D or other games' creatures for the setting.  Game stats are easy.  I'm thinking about flavor.

In Light on Quest's Mountain, one of the encounters you can have is with a gardening robot.  The unspoken assumption is that if there had been a mutant plant character in the party, the robot would have tried to prune, weed or transplant the mutant against its will.  But the protagonist is a Pure Strain Human, and his companions are a lizard mutant and monkey mutant.  Anyway, I like the idea of robots that may help the party, except for that one guy over there...

And so, in this game, there will be 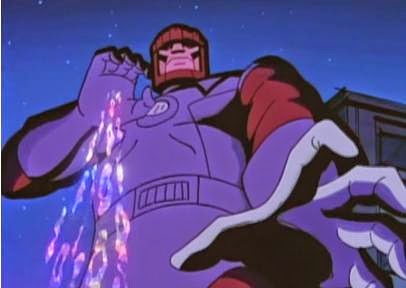 Altered Humans beware!  PSH, mutated animals and plants, you're fine.  In fact, it'll probably help the PSH along the way.  But if you're a human mutant, be prepared to be captured and sent to the camps!

Once I decided on this, though, I got to thinking.  Was the cataclysm the Days of Future Past timeline events?  Or the Age of Apocalypse?  Do I want to set a Gamma World/Mutant Future game in the far dystopian future of the Marvel Universe?  It would sort of explain where all these beneficial mutations PCs tend to have come from.

And that power armor the PSH characters are after? 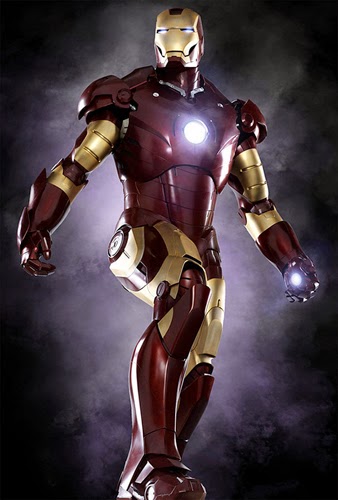 Yeah, that would be cool.

So, I don't know if my game will be in the Marvel Universe's future, but I may take some inspiration for "artifacts" from them.