Heroes Need Not Apply? I don't think so

So I'm reading through my blog list this morning and of course there's a lot of reaction to the Dungeon Crawl Classics beta that's been released for free.  I still haven't taken a look at it.  I've been too busy this week.  Today's our anniversary, so I know I won't get around to it tonight.

Just wanted to throw up a quick reaction to some of the blogs discussing the non-heroic focus of DCC (and LotFP:WFR).

Making treasure the standard of progress (gold for XP being much greater than monster XP, and no 'story' or 'skill' rewards until 2E) doesn't invalidate heroic play.  It's fairly easy to incorporate the treasure hunt motif with a heroic vein.  That's the whole point of one of the most popular movie series ever (yeah, the 4th one sucked, we'll ignore that for now). 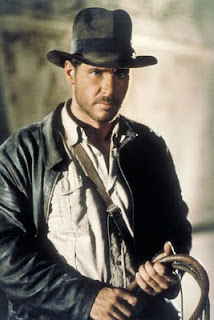 Posted by Dennis Laffey at 7:07 AM