Yeah, Austin Powers references are so late-90's.  Still, I get a kick out of them.

Anyway, on to business.  I've finished my edit pass of Flying Swordsman this morning, adding in something I forgot -- some normal animals in the monster section.  I didn't go overboard, though.  I only added in about ten, thinking of animals that are both found in East Asia and also could potentially be used in an action-oriented kung fu game.  Tiger, bear, monkey (more of a nuisance than opponent), dog/wolf as one entry, elephant, horse, constrictor and poisonous snake, and a couple others.  Mostly either animals that might be fun in combat, or that might be used domestically in war, sport or defense.

I've sent messages to David of Tower of the Archmage and Ronin_Akikage, who both have sent offers to edit and give me some feedback.  If anyone else would like to take a look at the rules as they stand right now, drop me a line here and I'll add you to the list.

Also, if anyone's willing to contribute some artistic talent for the free pdf version (considering a POD version for a small profit, for which I'd likely break even paying artists if I'm lucky!), then also please contact me!

Either leave a comment, or else email me at the_boy_from_illinois (at mark) yahoo dot com.

Thanks to everyone who's shown some interest in this.  I'm starting to work on the campaign setting now, and since I'll be pulling elements of an old d20 OA game world I created, it should go faster than rewording the original rules did. 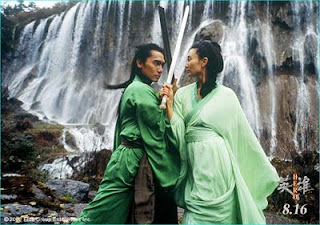