I've got a hand-made map of the various provinces of my "Jade Islands" setting for Chanbara that I've been using in my play test games. I've been meaning to get it converted to a digital map for over a year now. Last night, I finally got that done.

If you've got Flying Swordsmen, the Jade Islands, or Yu Archipelago as the Zhongyang Dalu residents call it, is in the upper right hand corner. Here's the zoomed in version I finally completed last night. The coast lines, mountains and rivers are all hand drawn. Everything else I added to it using GIMP. 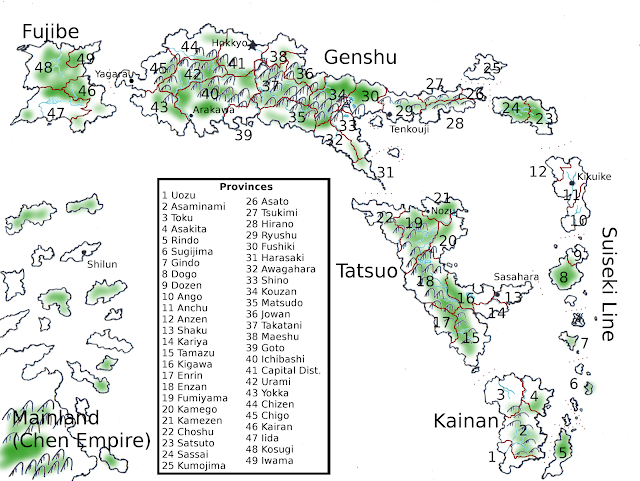 I've also been using this completely hand drawn map in my games. It's of Enzan Province in the middle of Tatsuo Island (18 on the map above). I'm including both maps in the game, with a brief overview of the nation as a whole, a few notes about the Spirit Realm, and extra details about Enzan, which has been fleshed out a bit from my two play test games. 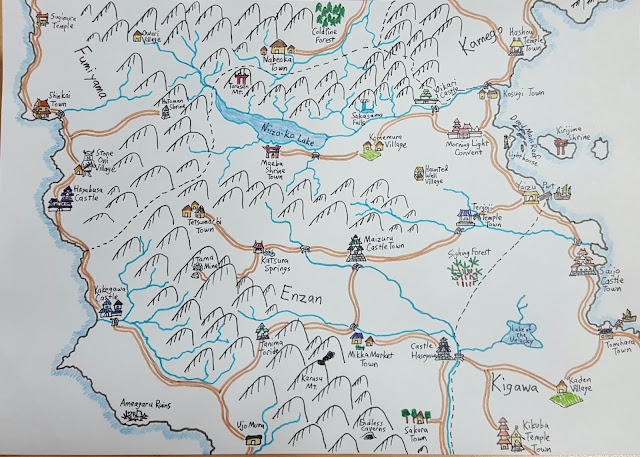 It's not a very detailed rundown of the setting, but that's intentional. I think I've mentioned before that the bits of the "Known World" from Mentzer's Expert Set (Threshold and Karameikos) and X1 The Isle of Dread (a paragraph or two about each nation on the map) was enough to run years worth of games in that setting.

Posted by Dennis Laffey at 5:22 PM