There's not a lot of money in revenge. 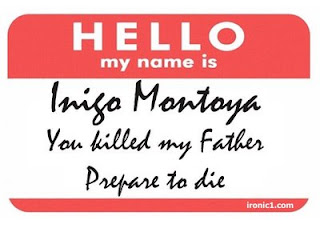 In my post last week about character motivations for dungeon or hex crawling type games, Dangerous Brian commented about adding revenge to the list.

I could have replied in the comments, but I thought it might actually deserve its own post.

I did actually consider it for the list, but dropped it.  Why?

I have two reasons.

First, as Inigo points out to Westley just before their duel, there's not a lot of money in revenge.  If your main motivation to become a better warrior or wizard is to slaughter the NPC who did whatever nasty things to you, you've got less motivation to be down in the dungeon or out in the wilderness, searching for the continuum transfunctioner or the Holy Hand Grenade of Antioch (unless they are the only way you can get to your target).

Second, it's a short term motivation.  Once you've satisfied your thirst for revenge (and you as a player will be working to make it happen sooner rather than later, while the DM will be hoping to stretch it out as long as possible) you're left like Inigo at the end of the movie.  And you may not have the option of becoming the next Dread Pirate Roberts right there waiting for you.

When I made my list, I rejected revenge because it's not really a permanent part of your psyche.  The other things I put on the list were, for the most part anyway, neuroses or personality quirks or whatever you want to call them that make up who your character is at a fundamental level.  You were just born curious, or proud, or envious of others.

Revenge is a great hook to use to spur on some types of adventure, but it's not the kind that would be a permanent part of your character makeup, unless you wanted revenge against some entity that is nigh-indestructible (a god or The Tick, for example), or else an organization or nation that would take pretty much the whole campaign to destroy. 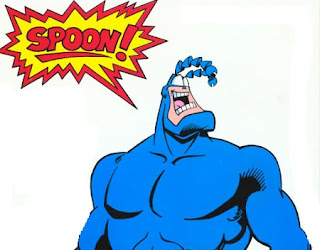 Posted by Dennis Laffey at 8:35 PM