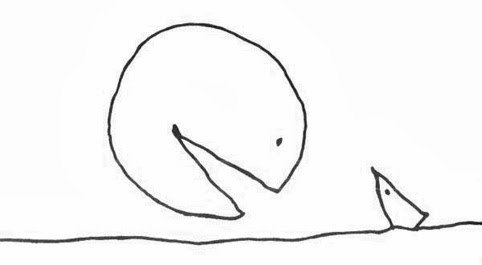 In my spare time, I've been thinking about how to make Chanbara (and Flying Swordsmen when I finally get around to revising it) into more playable games.

Flying Swordsmen was about creating a retroclone of Dragon Fist, but since I couldn't clone the setting, the whole "improve your kung fu until you are strong enough to take on the evil Emperor Jianmin" thing had to go.  That left it with a strong kung fu ruleset bolted onto a D&D frame, but murderhobo play doesn't really fit exactly with a wuxia setting.  There's room for treasure hunting and dungeon delving within the genre, but there's more to it than that.

With Chanbara, the samurai & ninja themed version of FS, I decided screw it, delving dungeons for treasure is what drives D&D, it should drive this game as well, since it's built on the frame of D&D.  But then that leaves a lot of genre tropes on the cutting room floor, although the subgenre of supernatural Japanese comics/period action movies exists that this game would serve.  War between humans and the bakemono/yokai is not a bad idea for a fantasy adventure game.

But tonight, thanks to musing on JB's latest multipart essay over on BX Blackrazor (well, the first two parts anyway), I was considering ways to tweak what I've got to get it right.  And I think I may have stumbled upon the answer.

I'll borrow "allegiances" from d20 Modern (sorta like alignment, but different), and a variant on "carousing for XP" which I'd originally come up with for a Beowulf style Germanic Iron Age campaign idea way back when.  It will tie in the thematic elements of chanbara film/fiction with game play, and provide a solid objective for play.

Each character in Chanbara will have up to three alegiances.  The first is to family/clan.  The second will be to lord (the Emperor, a noble house, the Shogun, a daimyo), and the third to some sort of professional organization (trade guild, monastery or religious sect, yakuza gang, military brother(sister)hood, etc.).  To get XP for treasure collected, it needs to be donated to one of your allegiances.

XP for combat and for achieving group or personal goals will still exist, so players that need to save up for some purpose aren't completely screwed out of XP while adventuring.

In one fell swoop, this gives a good solid objective to play (fight ghosts, oni and spirit creatures to protect humanity - and take their loot), while also playing up one of the big themes of samurai history and fiction: the interplay between duty and honor in a Confucian culture.

Of course, each clan, daimyo, sect, or what have you will have conflicting goals and desires.  Each player will have a duty to each, and how they dole out the treasure they earn, and what missions they undertake on behalf of one of their "lieges" will provide fodder for the GM to create interesting stories that fit the genre.

If the GM and players want, that is.  The beauty of it is that if a group wants to play murderhobo in funny hats with the rules, the GM can just ignore the potential for conflict between clan, lord and profession and let the PCs adventure.

Now to find time to write all this up in a succinct way in the rules...